Who were the people who lived in the Roman garrison of Novaesium? The Clemens Sels Museum Neuss, in cooperation with the Institute of Archaeology of the University of Cologne, explores this question in the exhibition.

The legions and cohorts that guarded the Limes, the Roman frontier, had been deployed not only in Italy and Gaul, but also on the Iberian Peninsula, in North Africa or in the Near East. The military camp of Novaesium was therefore home to people from Upper Italy and the Eastern Mediterranean as well as from Germania and Gaul. This is apparent, among other things, in the names of the soldiers.

The garrison sites were not purely male worlds. In addition to the almost 6,000 soldiers who were temporarily stationed in Novaesium, at least as many civilians resided here. The lives of these people around the military camps were linked to the garrison in many ways. In addition to the families of the soldiers, the inhabitants of the land along the Limes also included craftsmen, traders and farmers. Many of them were of indigenous Germanic origin. Women and children also lived in the military camps, as recent research shows.

The inhabitants of Novaesium came from all parts of the Roman Empire, which is also reflected in their religious beliefs and diet. They formed a multicultural society united by the desire to participate in the Roman lifestyle. The garrison town on the Rhine border thus became a centre of Romanisation in the Lower Germanic province.

The exhibition is part of the theme year PROVINZ (“Province”) of the association of cultural history museums on the Rhine and Meuse, which is sponsored by the regional cultural policy department of the state of North Rhine-Westphalia and the Landschaftsverband Rheinland. 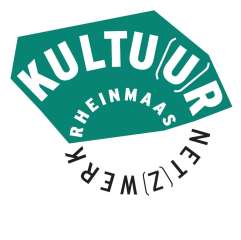 With our newsletter we would like to inform you about our current programme and our offers. The newsletter is published approximately once a month.